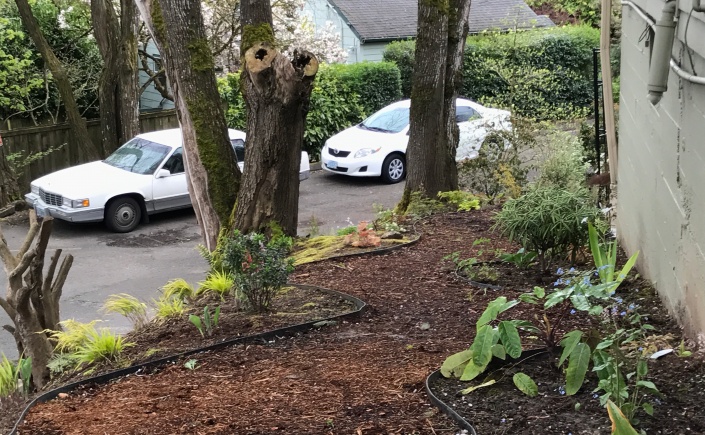 With the “bones” of my shade garden in place, the past several weeks have been about bringing it to life. I have been accumulating and collecting specimens for this project since the snow and ice melted.  Here are some of the shopping highlights leading up to grunt work of getting everything into the ground!

A blogger trip to Joy Creek Nursery  hosted by Tamara of Chickadee Gardens kicked off the buying season this year. In February, when it seemed most of the plant nerds I knew were in Seattle, I attended the Portland Spring Home and Garden Show at the Expo Center and found some of my favorite new additions. Of course, we can’t forget the opening weekend of Xera! While the selection was limited, I was still able to find some treasures to add to my collection! Next, there was the surprisingly fruitful visit to Gardenpalooza. And last, but definitely to least, Hortlandia!

In addition to new purchases, I’ve relocated others as an experiment for perhaps better performance. Persicaria “Golden Arrow”, which lived two summers in full sun but was toast by late July, is hopefully going to enjoy it’s new home in a less intense location.

The remainder of the shade garden residents are a combination of late season bargains from last year, transplants from my own garden or divisions of hostas from the BF as he did his spring clean up this year.

While my ideal selections for this area would be for dry shade, there are just too many pretty and shiny things out there so I know I’m rolling the dice with a few choices and I’ll need to water intermittently.

Clematis ‘Early Sensation’ makes beautiful entrance to the garden fronted by Luzula sylvatica ‘Marginata’. This one I bought late season and purchased another on “opening day of Xera” and will probably be back for more.

When I shared my challenge with Paul at Xera and asked for advice, he suggested ferns! And lots of them! So, I bought several and have been collecting and adding them along the way.

This is unfamiliar territory for me so I’m not getting too attached to any of them!

Hakonechloa macra ‘All Gold” was my original idea for his space until I ran across  Sebright Garden’s striped “Aureola” at Gardenpalooza. I’ve developed a “fancy” for any sort of variegation so I thought I’d have a little fun here and mix it up!

I have a general lack of patience waiting for things to grow in over time. For those of you who have been reading my blog from the beginning may remember my affinity for gallon pots but I’ve learned that starting small can pay off in several ways – you can buy more stuff AND if that stuff dies, then it doesn’t hurt so badly.

The creation of my shade garden has been 50% perspiration and 50% experiment.  I have a LOT of space to fill and that means I need to be frugal. I am learning that buying small,  buying early and attending plant events are a great way to get great deals. This year I decided to try my hand at bare root as a way to buy in bulk and save on the budget.

The BF and I were at Portland Nursery early in the season and he convinced me to try my hand at some hostas. I’m happy to report that all of them have emerged and I’m hopeful for their continued success over the years!

This past weekend we made our annual pilgrimage to Adleman’s for peonies. After meeting the wonderful folks from Sebright Gardens and seeing their gorgeous plants at Gardenpalooza and Hortlandia, we decided to visit them after we gorged ourselves on peonies. I don’t think there was an a nook or cranny that wasn’t stuffed with a hosta when we left that place! I can’t wait to return with an empty SUV!

All three of the bare root astilbes from the Home and Garden Show are doing well.  I have tags for “Vision in Pink” and “Purple Lance”. The third will be a nice surprise! These are from Mak Lilies and Perennials 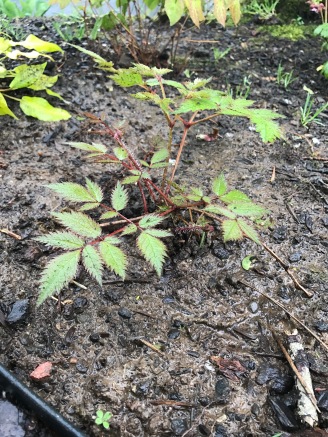 Spotted amongst the hostas, along the walkways, and under the larger plants, you will find color and interest from a wide variety of plants that reflect my “collector” sensibility when in comes to gardening.

Here are a few of my favorites… 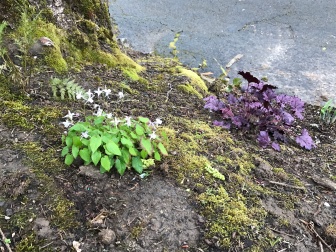 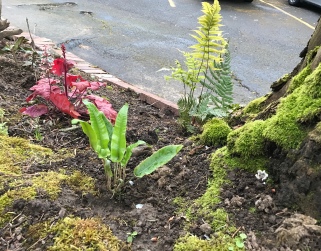 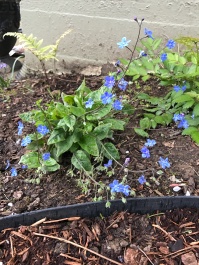 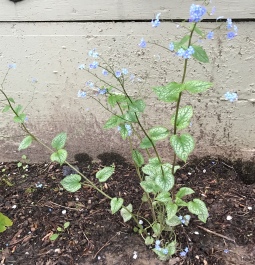 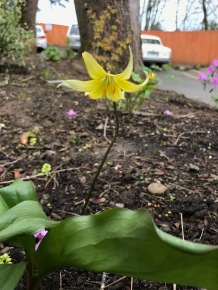 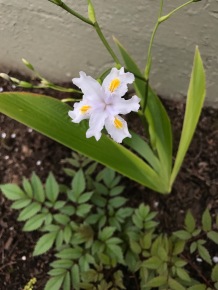 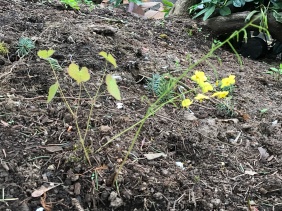 And rounding out the shade garden will be the larger “footprint” specimens. 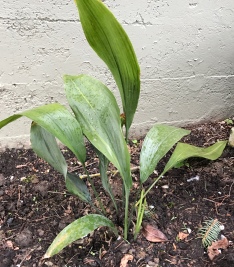 It would be fun I could press the fast forward button and see how all of this will have grown in and filled out. However, I think the real pleasure of gardening is in the journey. Adding to the little world you’ve created bit by bit and seeing things as they evolve over time. Thank you for taking a moment to walk with me through my shade garden.